Anorgasmia is the medical term for the inability to achieve an orgasm and figures suggest that 10-12% of women will never have an orgasm in their lives. Men do suffer this problem in very small proportions but in general, it affects many more females. 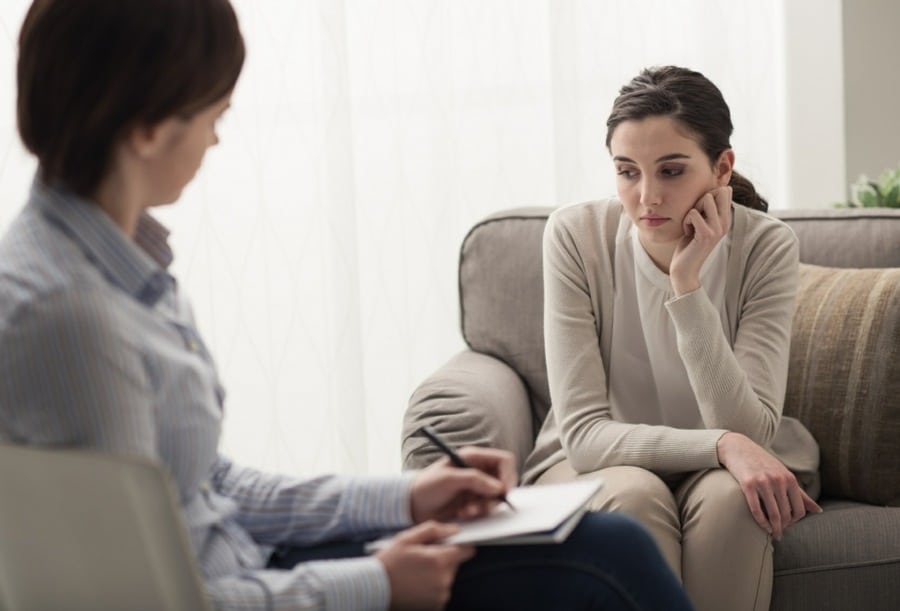 It is also estimated that more than 70% of women will never, or never orgasm through the act of sexual intercourse.

This is often due to the fact that stimulation during intercourse is quite difficult with manual stimulation generally much more successful.

Very often this can lead both sexual partners to develop feelings of inadequacy leading to the problem developing into a more significant emotional problems such as stress & anxiety which simply create a negative cycle.

Can Anorgasmia be treated?

In most cases where this has been a temporary problem simple communication about how sexual partners can please each other will be sufficient.

If you do not communicate, or don’t feel like you can communicate what you need, then it is likely that the problem will only grow rather than go.

If this has been the case then Counselling can almost certainly provide help.

What can cause Anorgasmia?

More often than not this problem is one of “mechanics” such as a lack of physical stimulation, being tired after a long day or sometimes the effects of medication.

It is not unknown for anti-depressants to have this effect.

However, if the physical reasons can be ruled out, then Anorgasmia is most likely to be caused by Psychological factors:-

All of these seemingly minor issues can easily develop into full blown psychological issues if not dealt with effectively.

Anorgasmia, in common with many other problems and conditions, is often made worse by “un-helpful” thinking traits or “distorted” belief systems. (The way we perceive the World around us).

The limiting beliefs associated with Anorgasmia may have been created by an actual negative experience that has now been “blown out of proportion” or indeed may be the result of “imagined experiences” which can lead to the same outcome – the experience of Anxiety related symptoms.

If we can learn how to manage these limiting beliefs or cognitive distortions using the tools and techniques contained in therapies such as our CBT programme then we can also learn how to control the emotional experiences that we have – ie. manage the symptoms.

It is also possible that people suffering from Anorgasmia may have some other emotional or childhood trauma problems that are indirectly related to the problem itself but still create Anxiety and Stress which make the symptoms worse.

In these cases, as it is may be more difficult to identify the distorted thinking or limiting beliefs associated with Anorgasmia itself and therefore following a course of Psycho-dynamic Therapy may be more beneficial.

If you’re committed to overcoming your anorgasmia problems then we highly recommend following either our Advanced Cognitive Behavioural Therapy course with Paul, or the Changing Limiting Beliefs (CLB) Programme with Joan.

We offer all prospective clients a FREE initial assessment to chat about your anorgasmia problems. During this 50 minute consultation we will discuss the various options that are available to you and make a considered recommendation based on your individual personal circumstances.

At TranceForm we believe that therapy & counselling should be a collaboration between therapist and client so it’s very important to be able to meet PRIOR to agreeing any kind of help. Our policy is to help people make a fully balanced & considered decision about undertaking therapy with us, including both the financial and personal implications.

The full course costs £795 which you can pay for on our fees page - don't forget we offer a FREE initial consultation to all prospective clients.